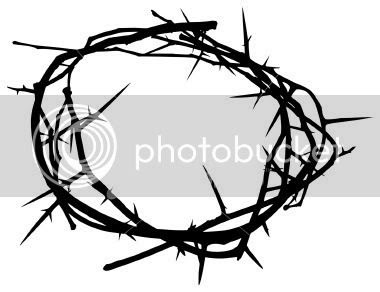 You gave Israel judges, not kings; you gave them judges who You commissioned to transmit your word and will, who You commissioned to turn the nation from sin. But Israel was stiff-necked. Left to themselves, they floundered. Accustomed too long to advice from men, they did not turn their ears to You. Dependent too long on kingly proclamation, they lost the glory of seeking You themselves. They never grew up. They crawled--first into sin, and then back to You--but they never raised their eyes, never reached to grasp the promise You made them so long ago: a share in You.

Micah, an Ephraim Jew, fell into theft and idolatry. A priest from Bethlehem joined him. Moses' grandson Jonathan captured Michah's idols and he and his people worshiped them. Benjamite Jews raped and killed woman. Israel nearly slaughtered all the tribe of Benjamin in retaliation. In doing these things, Your people ignored or misinterpreted Your laws because they tried to reason through them rather than simply ask You. Blind men led blinder ones, but none let You restore their sight. Only when they prostrated themselves before You, acknowledging their sin, did You restore them. So it is for us.

This is the danger of rulers, leaders, prophets, judges, and kings. You put them in place to bind the untaught and unruly, but they are not You. The young in faith and those ignorant of righteousness need leading, but You have more. The Israelites freshly migrated into the Promised Land knew the covenant, but never saw its fulfillment.

You made Christ both everlasting King and High Priest. He tore open the temple and exposed Your glory. Let us look at it! Yes, You still put men in positions of authority, but they, like the kings and judges of old, function primarily as conduit to You for those too weak to gaze into the Holy themselves. You made the Tree of Life available in Eden because you want us to have it. You are the Tree: You are the Life.

This morning rises feeling like one You made. The sun shines unhindered. Birds sing. Warmth promises to visit the world.

"Tell of His glory among the people, for great is the Lord and greatly to be praised. He is to be feared above all gods. The gods of the people are idols, but the Lord made the heavens. Splendor and majesty are before Him, strength and beauty in His sanctuary. Ascribe to the Lord glory and strength. Ascribe to the the Lord the glory of His name." Psalm 96:3-7

How silly it is to think that the world could have made itself. The obvious tendency of the world is to degrade, for its systems to break down over time. How could it simultaneously build itself up?

The entire creation falls from somewhere, then. It began as perfect when You made it; You, who are yourself perfect. Even today, so glorious in its radiant warmth and clarity, the sun crawls toward burnout. Even today, when my own body moves without apparent pain or disease, cells die and do not renew themselves.

Beauty exists here as an ideal alone. We know it only as part of what You intended for us, a glorious remnant, a wistful longing. You must reign or it collapses for lack of definition. You support and uphold what slowly wastes away in the same way You support our reaching spirits. This is why we hope in You. You house all creative power and in You, all is perfected.
Posted by JoAnne Potter at 7:40 AM No comments: