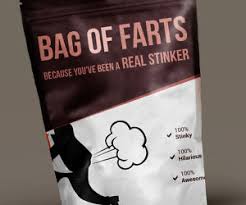 My friend Reese has been saving her farts. She keeps them, she says, in a ziplock bag in her closet. 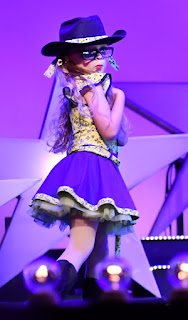 Now it needs saying that this conversation is perfectly in character with Reese. She thinks the way she looks; head crowned with curly blond fluff that seems sometimes to reside both inside and out, and a nose topped by oversized aquamarine tortoiseshell glasses that bring her eyes into clinical focus, but fail to do the same for her worldview. She is a constant surprise, a willing jokester, and a reliable source of bewilderment.  That it did not seem farfetched at all--that she could actually have a bag of farts in her closet--is testimony to her consummate ability to astonish.

After the fart conversation, however, and followed by Reese's abrupt departure, It occurred to me that I'd missed a unique opportunity. It turned out that she'd left much too soon. I still had a lot of questions. For instance:

How full was the bag? Just a little (after all, she's only 6 and 6-year-old farts are pretty small) or is the bag fat and puffy with them?

What color are they? Brown or grey or cartoon purple? Or are they as invisible as I've always hoped they are?

Did Daddy like this gift? Did he giggle over it, squeezing out one at a time with the appropriate splatting sound effects or did they revel in the smell, not nearly as shy and innocuous as little girl farts ought to be?

And, most importantly, how in the world did she get them in the bag in the first place?

This whole concept and all the  inevitable pictures that go with it, rattled around in my head for what was probably far too long until I realized that the minutiae of it had distracted me from a more important connection.

I mean, we all have foul-smelling bits we keep hidden from common view. Like Reese's farts, we bag up and stash away our own indiscretions, too--the rude blat of words said in anger, the foul smell of moldering undiscovered lies, the fermenting brine of needs ignored, betrayals exacted, and joys stolen. The bags of these, it seems, are big and getting bigger the longer we live.

What a relief it would be to simply drag them out and share them with Daddy--empty those nasty bags in moments of secret sharing and get rid of them forever with the one person who knows the smell and loves you anyway.

Of course, Reese probably isn't thinking about any of that. Her collected farts are probably just farts--funny little moments of mischief that everyone but Daddy finds impolite and unpleasant. After all, it's fun to be a little naughty. Especially when you're six.

The problem is that, as one gets older, farts become less of a mischievous secret. In fact, age makes it increasingly difficult to keep them a secret of any kind and I find myself thinking again of all the questions I didn't ask Reese, particularly about how in the world she managed to get them into the bag in the first place.


Love each other deeply, because love covers a multitude of sins.  1Pet 4:8