These are excerpts from my journals, written during the last year of Dave's life. 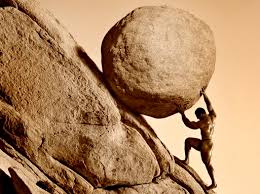 The thing I remember most about what I believe was God's vision of heaven, given to me all those years ago in a dream, is that it was the only time I have ever felt complete love and utter freedom from critical judgement. How different it was from this life. Dave tells me all the time how much he loves me and truly does as much as he is able, then will, without warning or intent, cut to the core, leaving me speechless, or nearly so. Like today when he said that I could do anything I wanted to do after he was dead.

The contradiction of it stunned me. I can hardly think of anything I'm doing in my life right now that I truly want to do, at least entirely. The only reason I put one foot in front of the other is that I trust God. There is little happiness or contentment or satisfaction in this life because there is little reward. Death--Dave's death--is the only probable end to all this work and heartache.

And yet, I have to trust God in this. There isn't anything else.

Yesterday, Dave said that maybe we would still be able to go to Panama and that, statistically, he was still beating the odds, but I can't help but feel that Dave is a house of cards and when one card falls, the whole entire structure, the man, will collapse.

Until then, though, there's nothing to do but love one another as much as we can. As for me, I have to seek God to discover what love demands of me. That is my lesson. I will not always like what I have to do, but I do so want to love God in doing it. I'm not sure how, but there has to be a way.

Image: hrmonline.ca
Posted by JoAnne Potter at 6:05 AM No comments:

Excerpts from my Journal During the Last Year of Dave's Life 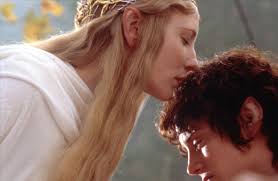 Definition:
Palliative Care: specialized medical care for people with serious illness. This type of care is focused on providing relief from the symptoms and stress of a serious illness. The goal is to improve quality of life for both the patient and the family.

From my journal:
Yesterday Dave's doctor recommended Palliative Care for him for the first time saying that, no, he will not get better, but will surely get worse and unto death, probably within two years. And this in the face of improving test results. But this time, the doctor did what I've been doing--he looked at him. Dave's test results hold but the man--the man fails.

This was my first warning. I thought I was prepared--had indeed been thinking the same thing myself--frustrated by docs who had to see it but wouldn't say it, and now one honest doc finally did say it and I couldn't breathe. A huge, screaming NO caught in my throat, like in a dream, where arms and legs flail, but we can't run.

Dave was fine, of course, smiling and nodding as if to say "What's wrong? This is next and I want it. Of course. Of course."

Today, though, I see the mercy of God in this. Only one step, one little step further down the road. The thought, not the fact. Something I can, like Mary, hold in my heart.

Two years. He is surely wrong about that, I think. Dave's hold on life is stronger than anyone, including me, can know. He has done better than anyone imagined until now and he will keep hold. He likes his life. Disease will not take it from him. God will have to be done with him.

I'm wondering whether this whole process is why I'm not content with reading the Bible these days. The Bible is about life and I live every day in the presence of impending death. The gospels, even the Old Testament, tell us how to live. I've picked up the Upanishads instead, and they help me to see the unbroken stream that connects life and what is beyond it.

It's not only Dave making this trip. I do, too. And I want to make it well. I think of Galadriel saying to Frodo, "This task was appointed to you and if you cannot find a way, no one will..."

There are times to laugh and times to mourn--and sometimes to do both simultaneously.

Image: Pinterest
Posted by JoAnne Potter at 9:33 AM No comments:

She Walks These Hills #1, Fitted for Widow's Weeds 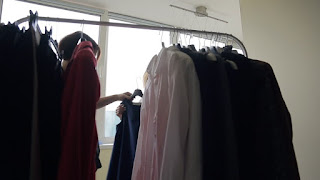 My husband Dave died one year ago, after seven years of on-again, off-again illnesses, on March 17, 2016. During the last years of his life, and during the year that has followed, I kept a journal. Two weeks ago, I read it. All of it. And, as I did, I took the journey again, but this time with perspective, and I saw the winding path of those days, and where they led--where they had to lead--and the gentle hand that guided me through them.

I've often said that the sorrow of my loss is always mixed with gratitude for the many years Dave and I shared--full of constant love and lush laughter--but it's taken time to understand what was so gradually accomplished in those days, both in him and in me.  And that is the best part of the story, the part that renders less important our physical ends--after all, Dave did die and I did not--but it gives an opportunity to see what God did for us during these days, how He listened, how He answered each prayer as we put one foot in front of another into a place we did not want to go, and how He welcomed us there with grace beyond our imagining.

This post is the prelude to what will eventually be a year of posts, published chronologically just as they happened, almost all taken directly from my journals. I give them as a gift, both for those who have walked this path before me, for those whose daily walk is still healthy and whole, and also those for whom mortal illness holds a vibrant terror. God is with us all in each of our places. This was my walk through the valley.

I don't know why I didn't record this in my journal, because I remember it vividly--the day I bought my widow's weeds.

That's what they used to call them back in Victorian days, the clothes a widow wore for a year following her husband's death. 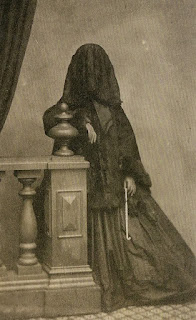 I was in Goodwill of all places, browsing for something to wear to a wedding, I think, and there it was. Crepe, mid-calf, with little pintucks down the front and a belt in the back. Just the style that looked best on me and a bargain besides. Obviously, however, there's a problem with this. One does not buy a dress to anticipate one's husband's death. It's not done.And for good reason.

How could I even consider it? I knew he was sick, very sick, and had been so for a long time. My common sense told me that, eventually, he would die. But not soon enough to necessitate buying a dress. Not even close. I didn't try it on. I hung it back up like I'd been stung instead, and walked out.

But I kept thinking about it, trying to imagine what would happen if--when, if I was being honest--Dave did die. Would I want to go shopping then? After all, I almost never wore black. I didn't have one thing in which to wrap grief that big.

And I kept remembering the little, almost microscopic, ways that God drops favor into my unexpecting lap, and I kept thinking of the dress.  Would it not be better to get it now rather than have to get one later, when I would rather be doing absolutely anything else? I knew it would. OK, I thought, I'd put it to the test. I'd wait a couple of days and if it was still there when I went back, well, I'd get it.

It was and I did, but guiltily, without telling anyone, and I shoved into a corner of my closet. I didn't want to look at it. And it hung there for 13 months, after which I took it off the hangar, wore it exactly twice, for both of Dave's funerals, and got rid of it, casting it out as though someone had coated it with acid.

My widow's weeds, for which, by God's grace I did not have to shop while broken and weeping, had served their purpose and I never wanted to look at them again.


Images: Shutterstock, Amberrose Hammond
Posted by JoAnne Potter at 11:24 AM No comments: