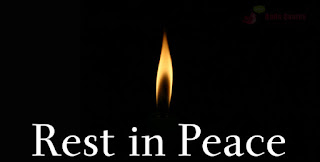 We are so sure of ourselves as Christians sometimes, so reliant not only on the Bible, but on our understanding of it. And some of that's good, but we keep forgetting that even in studying God's word, that we don't have God's mind.

When we are faced with a suicide of someone we love, we encounter circumstances that ask us to make new sense of a principle we thought we understood, that it is not within God's will to determine our own end, that our death is God's province and God's alone. But it's not that simple.

This is what I read this morning from the book of Judges:
Samson was, as you know, a consecrated Nazarite from birth. His life was dedicated to God. And he lived with his family among their enemies, the Philistines, godless people with whom the Israelites were not to mix. However, "Samson went down to Timnah, and at Timnah he saw one of the daughters of the Philistines. Then he came up and told his father and mother, 'I saw one of the daughters of the Philistines at Timnah. Now get her for me as wife.' But his father and mother said to him, 'Is there not a woman among the daughters of your relatives, or among all our people, that you must go to take a wife from the uncircumcised Philistines?' But Samson said to his father, 'Get her for me, for she is right in my eyes.'".

Now here's the important part:
"But his father and mother did not know that it was from the Lord, for He was seeking an opportunity against the Philistines."

One sentence. One sentence in that whole story. God prompted Samson to do something forbidden for a reason that only He could understand. Samson didn't understand what was going on. Neither did his parents or anyone else. But God did.

How many times are we cautioned that we do not know the mind of God? Dozens. They didn't then. We don't now.

As far as I'm concerned, we can only do the best we can with the circumstances we are given. But it is only God who is all-knowing, God who is sovereign. We do not, cannot, know what He is doing from first to last.

We say we cannot judge a man's motives, only his action. But we need to remember, too, that God uses even actions that look wrong to us for His own ends. If we trust Him, we have to give Him room to work and not too harshly judge those who, hidden to us, He may have chosen to help Him. .
Posted by JoAnne Potter at 8:46 AM No comments: 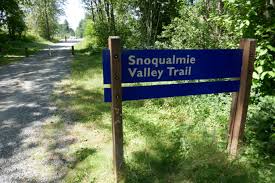 There's nothing like getting lost in a strange place.
Talk about feeling vulnerable.
I'm 1800 miles from home and there are no landmarks, nothing familiar to look at and say, "Oh, yes... I know that intersection, that gas station, that tree." And it's dark. And raining. Almost midnight. And my phone has died. And I have to find my way back to where I started.

Now, if one is going to get lost, the mountains east of Seattle is the place to do it. Rough, quaint, and remote, it's a beautiful part of this world. And wandering is sometimes fun. But not so much last night.

After spending a delightful evening with someone very special who lives in this lovely region, and getting ready to make my way back to the friends hosting me here, I found that my phone, by whose GPS I made my way up here, had only 8% left on the battery, not nearly enough to guide me through the twisty mountain passes for the hour it would take me to get back. After a moment of short panic, my hosts did the most reasonable thing possible--they printed out Googlemap directions and, armed with two sheets of paper, no GPS, and no phone, I set out on my way.

My first problem was how to drive and read the map at the same time. It was dark, after all, and I kept hearing that little voice that always told me never to drive with the car's interior lights on. Well, that was out the question tonight. I clicked on the light. Well, well. I could see--not only the map but the road ahead. So far, so good. And I started driving.

While I was still in North Bend, it was pretty easy. I remembered the first turns from when I'd just taken them a few hours before....424th Street, Cedar Falls Way, North Bend Boulevard, Railroad Avenue. But then came the traffic circles and the roads I hadn't paid much attention to earlier because then, I'd had my graphic display. I had no graphics now, though, and had to find highway 202. I did. Whew.

Then I was supposed to turn on Ames Lake Rd. There it was, sign looming up suddenly in the dark. I took a hard right. No time for turn signals and no one to witness them anyway. Then a left onto Snoqualmie Valley Rd., another out-of-nowhere turn. I didn't see it until I'd gone past. U-turn and another right. The next turn was listed to be Woodinville Duvall Rd. Ok. There was the sign to Duvall, but no indication of Woodinville anywhere. Do I turn? Something said not. I drove straight by, instinct telling me that what I wanted was somewhere up ahead. Again, illuminated suddenly and for only a moment, the sign for Woodinville Duvall Rd. Another right. After that, it was easy. That final turn took me right back. Back to Kelsey Rd., which I knew, and after three more quick turns, back to the house.

Then I had time to think. There's a point to all this. There's always a point.

God brought me to this place, where I have friends but no roots, no frames of reference, and withdrew all my crutches. Lean on me, He said. You have no one else.

But He gave me three tools.

He gave me written directions. 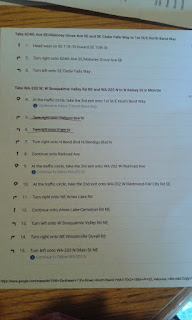 Not a map, so not sufficient for a complete picture, but enough to set me on my way.

And He gave me light to see them by.
I am the light of the world. Whoever follows me will not walk in darkness, but have the light of life. --John 8:12.

And He gave me His voice in my ear, His prompting to fill in the blanks.
Whether you turn to the right or turn to the left, you will hear a voice behind you saying, "This is the way. Walk in it."--Isaiah 30:21.

And I made it home. And after coming in the door, and dropping on my bed with a sigh, I finally got the message.

Far more confusing sometimes than the road to Snoqualmie and North Bend is life's road. My widowhood has left me a seeming orphan, lost and searching for a hand to guide me to the right path, but God doesn't do that. He hasn't left me groping. He gave me the tools. His Word, His Son, and His voice. If I use them, I will always make it home.
Posted by JoAnne Potter at 1:58 PM No comments: