Not Made to be Alone-Communion by Design

I don't know about you, but I don't want to be alone. 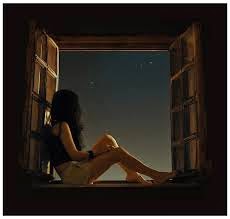 It's scary and, well, lonely.
Fortunately, God says I don't have to be.
Remember that I will be with you always, until the end of time.--Matthew 28:20

In fact, He's been with us from the beginning of time, too. He was there, in Eden--
And they heard the voice of the Lord God walking in the garden in the cool of the day.--Genesis 3:8

And not only in Eden, but at other times with other men:
Noah was a righteous man, blameless in his time, and God walked with Noah.--Genesis 6:10
And the Lord spoke to Abram.--Genesis 12:1
Moses used to take a tent and pitch it outside the camp and pitch it some distance away, calling it the 'tent of meeting'. Anyone inquiring of the Lord would go to the tent of meeting outside the camp. --Exodus 33:7

God wants to LIVE with men, to be intimately present to everyone. So, regardless of the continual sin of man, He literally moved in with us.
First, He settled into the Holy of Holies, the innermost chamber of the Israelites' desert tabernacle:
A cloud covered the tent of meeting, and the glory of the Lord filled the tabernacle.--Exodus 40-34 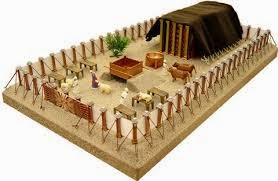 Then, later, He did the same in Solomon's temple:
When Solomon finished praying, fire came down from heaven and consumed the burnt offerings, and the glory of the Lord filled the temple.--2Chronicles 7:1 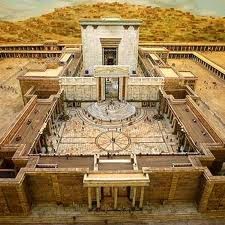 And although between each encounter there was some kind of separation--the sin of Adam and Eve, the flood, times of idolatry and slavery, even outright destruction, God could not leave it alone. He could not leave US alone.
And He came again, this time into Herod's temple.
When the time came for the purification rites required by the Law of Moses, Joseph and Mary took him to Jerusalem to present him to the Lord.--Luke 2:22 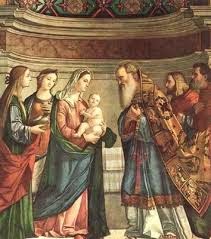 Jesus came. God returned to the temple, but not in cloud or flame like before. He came like a child.

And He wasn't done yet.
He did more.
And in Him you too are being built together to become a dwelling in which God lives by his Spirit.--Ephesians 2:22

That's it. God's last stop. Us.
When Christ came as a man, He made a way men could be sanctified, a way we could join to Him.
Don't feel like a suitable habitation for the living God?
Think again.

That was the first temple. But now that the temple has relocated from structures made of wood and animal skins, gold and silver, does it really look any different?
Not really.
First, God's current temple has a courtyard of flesh and blood. A place intense with feeling--easily hurt and constantly in need. A place that sees, hears, touches, tastes, and smells. A place unrelentingly tainted. A place that pulses with constant blood.
Second, God's current temple has a Holy Place, a soul that stills the outer courtyard's cacophony and prepares itself. A place that quiets, still tasting and touching and seeing, but in contemplation and anticipation. A place where we taste the Living Bread, see the Light of the World, and where we pray.
Third, God's current temple also has a Most Holy Place, a spirit that communes with God.  A place of sweet fellowship and complete knowing. A place of both perfect rest and unremitting awe.

And that's it.
Emmanuel--God with us.
Living in you and me. Three in one. God and man. Not perfected yet, but a perfect design.
We were not made to be alone. Ever.
Christ in you, the hope of glory.--Colossians 1:27 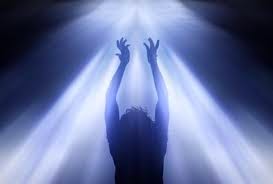